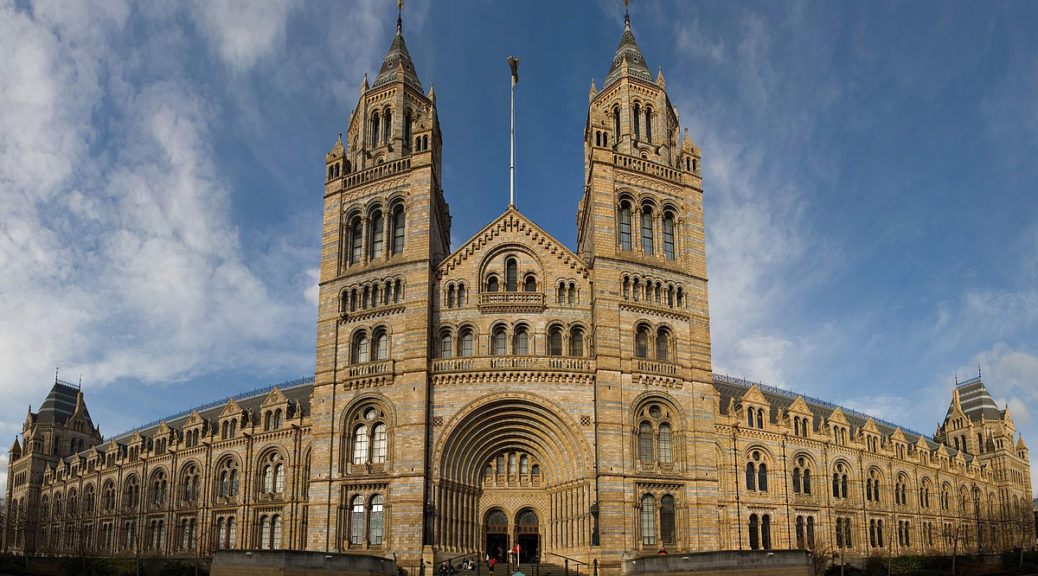 Jacob works cleaning in the Natural History Museum of London, but he wanted to be an archaeologist.

One day while he was cleaning he found something inside a vase. He tried to take it out but the vase was narrow, so he couldn’t reach inside with his hands. Unfortunately, the vase fell down from Jacob hands, but it didn’t break!

Some workers ran near Jacob, so he quickly took the vase and put in on a table.

– What made that sound? Are you okay Jacob? – screamed the workers.

– Have you broken anything?- asked one of the workers. Everyone knew that Jacob was a little clumsy.

–No, don’t worry– he answered.

Then he phoned his friend Allen and he told him everything. In the afternoon, Jacob went to Allen’s house. There, Allen took a parchment out of the vase, and he read it.

We have found 38 vases and a sarcophagus of a pharaoh. The vases are easy to fake, but we are thinking about what to do with the sarcophagus.
We wait for you at the Hotel Keops, at the mouth of the Nile.”

–Who wrote this? Who is supposed to receive it?- asked Jacob.

– I have no idea- answered Alan- there are some words erased and I can’t read them. It doesn’t look good at all.

One week later they flew to Egypt and they went into the hotel Keops. There, they followed a sandy trail to a room and they hid, because four men went out from that room. Jacob and Allen decided to follow them. They arrived to a warehouse and they entered it silently.

There was a fifth person. Jacob recognized the museum director and he ran towards her.

–Mrs. Williams!  Don’t believe them, they are scammers!

They put Jacob inside the sarcophagus. After a while, police sirens started to ring outside and they had to get out of the warehouse. Allen took advantage and rescued Jacob, but behind them appeared the scammers, and Mrs. Williams had Allen’s mobile in her hand.

–So you thought you could catch us?– asked the director in an ominous tone.

–Are you going to stop us?- said Allen.

Allen and Jacob ran out of the warehouse and closed the door. Jacob called the police and Mrs. Williams and the scammers were caught. Back in London, Jacob became the new director of the museum!